Oh no, nothing found.

Try other keyword in your search, or…

OptiFlow enables irrigation to be performed in the shortest amount of time possible, by optimizing station and programming times across multiple controllers and points of connection. OptiFlow enables the full flow capacity of the system to be used, without exceeding water source or mainline flow limits.

The algorithm for OptiFlow Optimization works by selecting the optimal combination of stations and corresponding flow rates in order to maximize the pipe’s flow capacity. Then, based on the priority level selected in the station configuration settings, the optimization algorithm will prioritize irrigation on a selected group of stations and assign the recommended runtimes. If the hydraulic system capacity is below the needed flow rates, some stations runtimes will be reduced to fit within the water windows and the leftover runtimes will carry on to the next irrigation cycle.

The Optimize screen displays the current water window for each program. The Water Windows are color-coded so you know exactly what your runtimes will be.

Blue:        Irrigation runtimes will not be affected.

Yellow:     Irrigation runtimes will be reduced in order to fit into the water window.

Red:         Irrigation will not occur due to lack of hydraulic capacity for watering.

When the runtime for a station is reduced, the water window time bar will change from blue to yellow and alert you with an exclamation icon, as shown below. 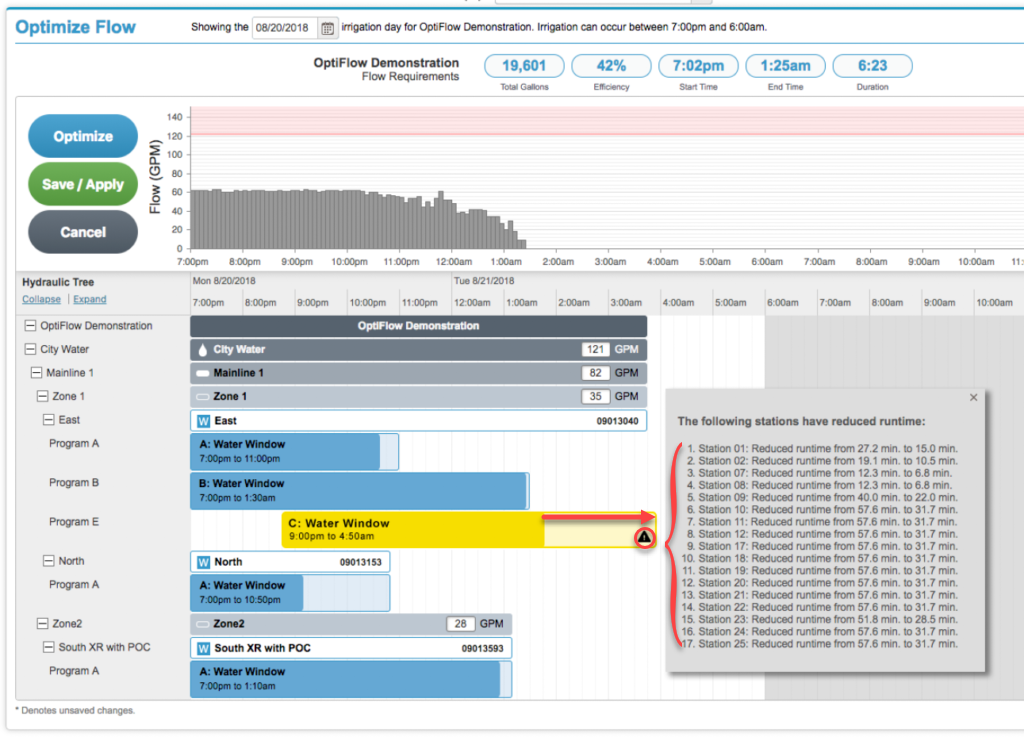 If you hover over the exclamation icon, a pop-up displays, showing the stations that have reduced runtimes and their amounts.

Water Windows can be edited to increase the time in which watering occurs so runtimes are not affected. Changes to the Water Window can be done for an individual program or for the whole site.

Changing the Water Window for an Individual Program:

2. Choose the desired site name from the drop-down list near the top of the page.

3.  Scroll to the Days/Times section and edit the start time and duration for the desired program using the drop-down tabs.

4.  Click Save & Send at the bottom of the page. A dialogue box displays asking you if you want to save and send the changes to the controller. Click OK.

Changing the Water Window by Site

Changing the Water Window by site can only be changed when it is not active. For example, if the Water Window occurs between 12am and 9am and it is 8am, you will be prevented from making changes until the water window time has passed.

2.  Click the gear icon next to the site name. The Site Irrigation window displays.

4.  In the Irrigation Window section, use the drop-down tabs to make your changes. 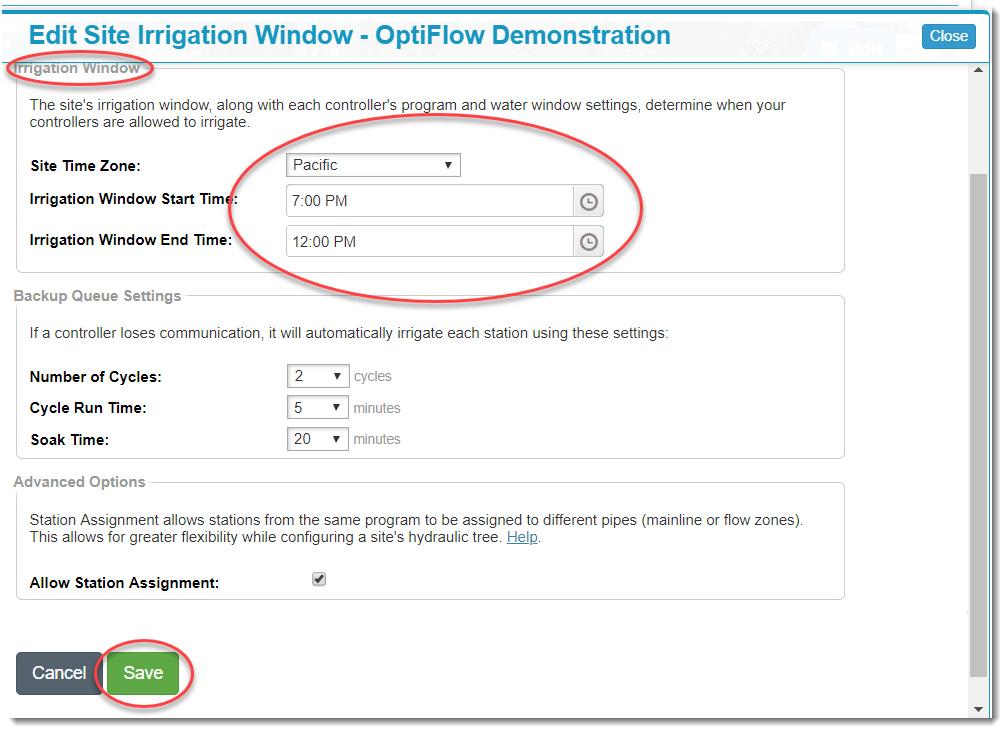 5.  Click Save to save your changes and send the message to the controller.