Oh no, nothing found.

Try other keyword in your search, or…

Each terminal of the Baseline’s Powered biCoder has a serial number which is used as an address to identify it to the BaseStation controller. The BaseStation broadcasts a message along the two-wire and the biCoder responds by turning the attached valve on or off.

1.  Copy the programming information from your old clock. Use the worksheet found in the appendix of your controller user manual to make this process easier.

2.  After you have finished copying the programming information, disconnect valve wires (one at a time) from your clock, making sure to indicate which wire belongs to which zone. (Masking tape works well for this.)

3.  Connect the valve wires to the valve terminals on the Powered biCoder, writing down which valve and zone is being attached to which terminal.

Wire connections must be 3M™ DBR/Y-6 or equivalent moisture-resistant connectors. Install all connections according to the manufacturer’s instructions.

4.  If you are using biSensors, connect the valve wiring for the zones where the sensors are located to terminals A1, A2, B1, or B2.

5.  If you are using two-wire, connect it to the two-wire terminals.

6.  Configure your system according to the configuration section in your controller user manual.

7.  Power up the controller and verify that the LEDs on the front panel are lit. 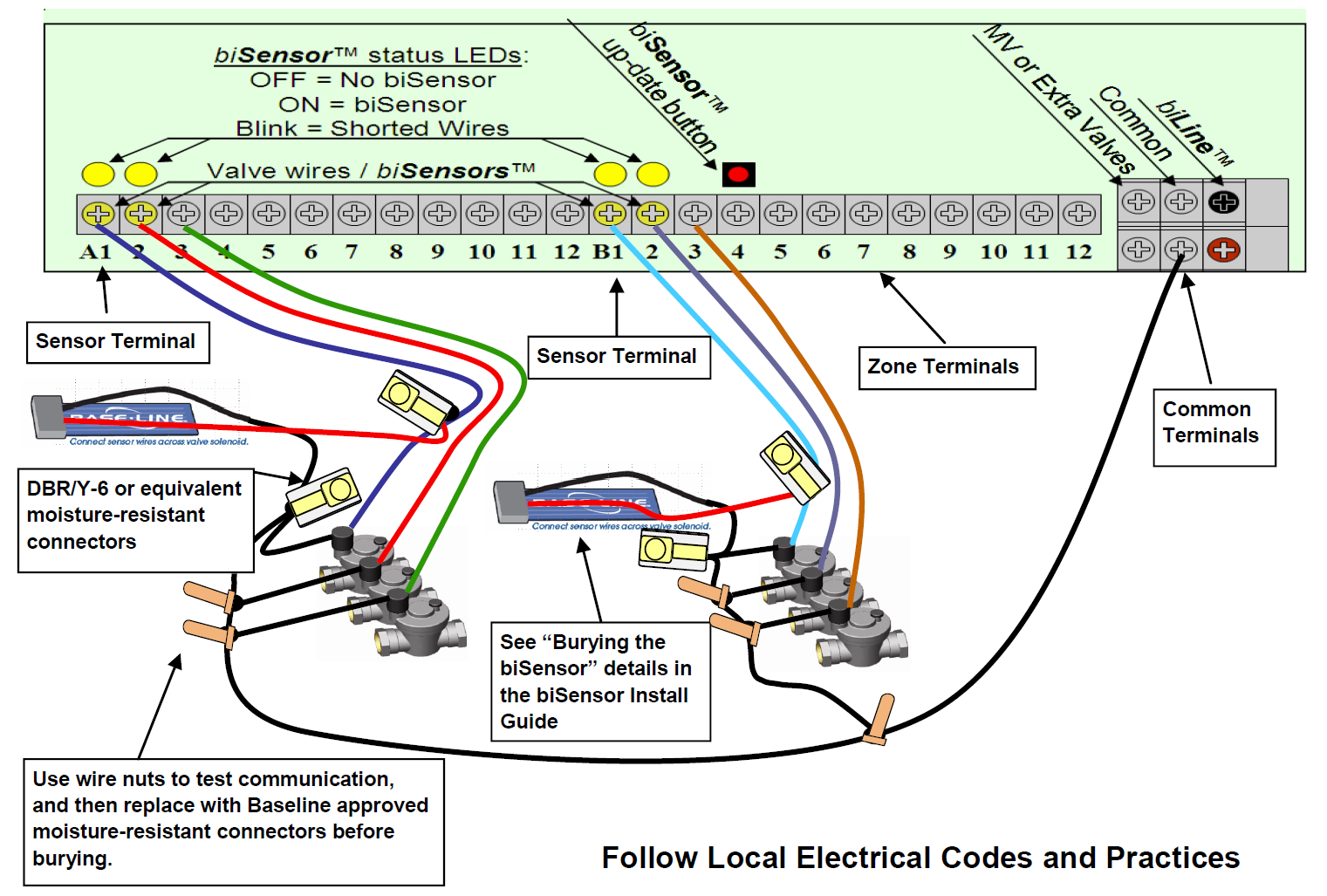 1.  Install the biSensor near the closest valve location. Follow the “Burying the biSensor” instructions included with the biSensor.

3.  Connect the pilot wire from the valve to either the A1, A2, B1, or B2 terminals on the controller.

4.  Press the biSensor update button and verify that the light above the terminal (A1, A2, B1,or B2) stays on.

5.  Assign the biSensor and test its operation according to the instructions in the controller’s user manual.